A considerable audience gathered for the LaGrange Symphony Orchestra 2016/17 Season opening concert entitled “AIR”. The first in the series entitled “Elemental Forces,” this performance was as beautiful as the night air on September 27th.  High expectations were met.  This concert was a definite crowd pleaser.

Jumping right into the season, a vibrant rendition of our national anthem, The Star Spangled Banner, got everyone to their feet. From there Dr. Prior gave us a brief insight into the first piece, Walton’s Spitfire Prelude and Fugue, and suggested things for which to listen.  Scored for the 1940’s film “The First of the Few” (known in the U.S. as “Spitfire”) this music was the backdrop for a story about English fighter planes.  This wonderful piece musically described the scenes of the movie with brilliance.  Small nuances throughout were very effective and the performance notably fluent in dynamics.  The Prelude had beautiful delicate moments and at one point a suspension in the music floated as if a pilot’s silk scarf in slow motion. 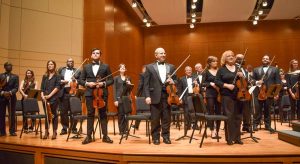 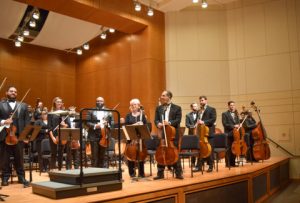 The highlight event of the evening for which everyone had been waiting was now at hand, with the world premiere of Concerto for Flute and Orchestra.  We were honored to be the first audience in the world to hear this music performed.  Dedicated to his father, Dr. Prior’s work included three movements.  The piece was very lyrical with bass undertones that were significantly appealing.  In fact, each instrument in the orchestra although beautifully blended, was exposed as an integral element. 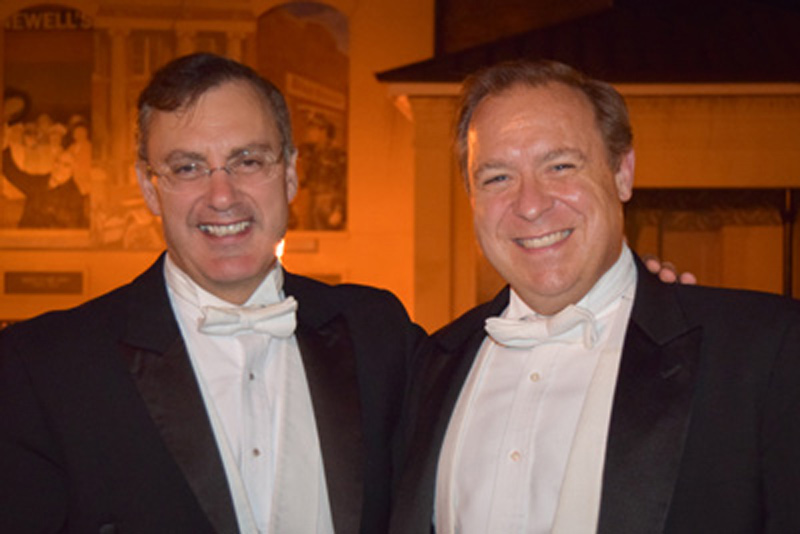 Richard Prior and Jonathan Keeble

The guest artist and flute soloist, Jonathan Keeble performed expertly. He played with precise clarity, fullness and delicate strength.  With terrific talent and stage presence, Jonathan was the perfect choice for this.  From the program notes, The Concerto for Flute and Orchestra, was written with “friends and people pictured within”.  How fitting, that Jonathan, a long-time friend and colleague of Dr. Prior, was able to appear and perform this work.  Everyone on stage was rewarded with a well-deserved standing ovation.

After an intermission, we were treated to Elgars: Enigma Variations with fourteen movements. Included was the well-known and admired “Nimrod”, which is a favorite for many.  A very beautiful work, the infinite dynamic levels executed by the musicians brought out much in this piece.  Well done.

“extraordinary”
“really looking forward to the next concert”

[…] The LaGrange Symphony Orchestra performed the Walton and the Elgar works on September 27th, 2016.  That concert was notably entitled “AIR”, and a review of that performance can be viewed ….  This week’s show includes another piece with a very film-like quality.  It is a piece […]