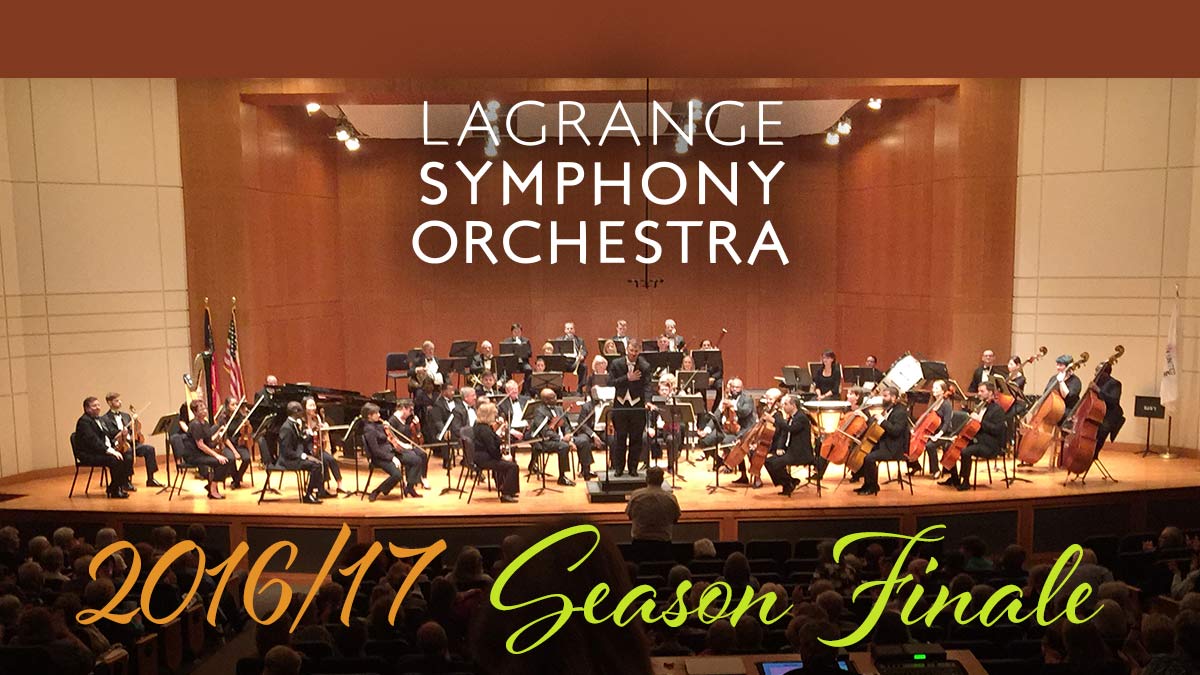 The William Tell Overture by Gioachino Rossini, was first on the program, and is so much more than its famous ending theme.  It begins with a wonderful cello solo that captivated the audience.  This overture actually comes from an opera that takes place in Switzerland.  It sets several alpine scenes that were fun for the listeners to find.  Here is a photo of Roy Harran, who was acknowledged for his superb cello solo. 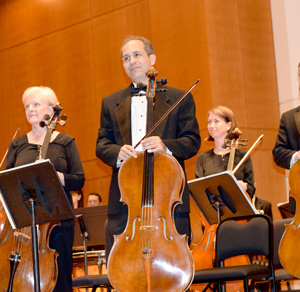 Antonio Vivaldi’s Four Seasons was next and Lorna Wood began the journey performing the solo part for Spring.  Naturally, each season is written in a different key.  Spring is written in E major.  Callie Hammond performed Summer  in G minor, Ela Tokarska performed Autumn in F major and Celeste Myall brought everything together with Winter written in F minor.  Published in 1725, this music is still extremely popular and is filled with impressive violin passages.  Rewarded with a standing ovation, these soloists along with the LSO gave a terrific performance.  Most concert goers know this music well and they were not disappointed.  Bravo!  At the conclusion of this piece, the soloists were each presented with beautiful bouquets graciously donated by Renasant Bank.  Here are a few photos. 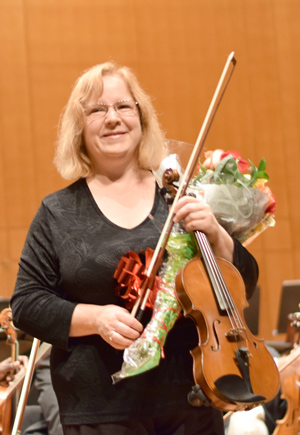 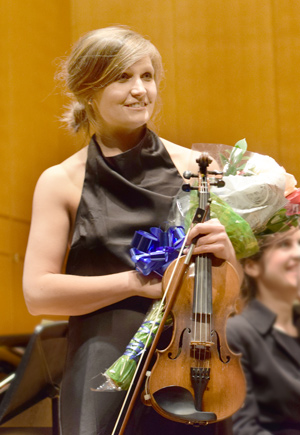 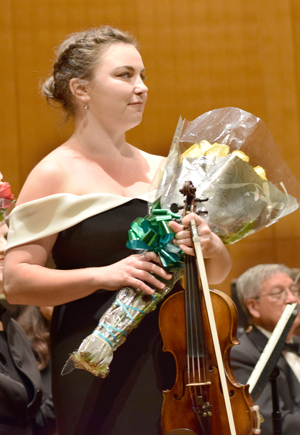 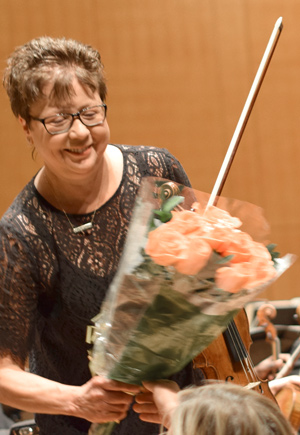 After a short intermission, the LSO performed Appalachian Spring by Aaron Copland.  This music was composed  as a ballet for Martha Graham, a notable choreographer in the 1940’s who commissioned it.  This music undeniably captures the American ideal and was, quite accurately, titled by Martha.  Beginning softly as a sunrise, Appalachian Spring progresses through a pioneer celebration both joyful and apprehensive. The most popular section “Simple Gifts” is a delicately strong melody which is followed with a prayerful sound of thanks.  This was stunningly beautiful and very thoughtful music.  It ended in the same fashion in which it began, softly, as a sunset. 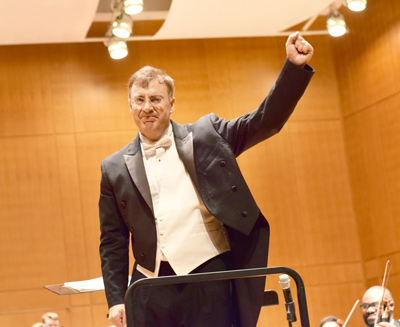 Dr. Prior spoke briefly on things to come next season, and although he didn’t give away any secrets, he was notably pleased and excited about the program in the works for the 2017/18 season.This was a wonderful grand finale performance of an exceptional season, and was definitely a season to remember.

Many thanks to our co-sponsors for this event: Holiday Inn Express & Suites, and the LaGrange High School Class of 1967.

Afterwards, at the Chamber of Commerce, a full-scale reception for all concert-goers and musicians filled the Chamber and spilled out into the courtyard’s warm evening air.  It was nice to mingle with the musicians and to get the chance to congratulate them on a job well done.  The entire evening was delightful. So many people mentioned their enthusiasm and anticipation for 2017/18 season tickets! Thank you for supporting the arts, and especially the LaGrange Symphony Orchestra.

[…] this music, here are links to those reviews: Bernstein’s Overture to Candide, Sept 25, 2018, Copeland’s Appalachian Spring April 25, 2017, and Bernstein’s Symphonic Dances from West Side Story November 1, […]